Over the last years, in the entire world, the technology of communication and information have considerably influenced the development of several industries. Nowadays, mobile applications are booming in the market facilitating the life of consumers and providing helpful tools for their daily life. Nevertheless, in Australia, the apps that have great reception and the ones that are pioneers are international franchises that have invested mostly in the transport and delivery setting (Flora, Wang & Chande, 2014). For this reason, the present project proposes the idea of ​​developing a Football app.

Description of the business

The business model will have different sources of revenue. This application will be free of charge in order to capture a lot of public. The first source of revenue will be the sale of data from the mobile application. As previously mentioned, this will occur once and annually. The second source of income will be related to the sale of advertising spaces in the application (DaSilva & Trkman, 2014). The third and fourth source of income will be the most important since you'll move attractive amounts of money. Through the application the users will be generated, the more users they have, more people will get the publicity and therefore the higher the income will be.

Analysis of the opportunity of business 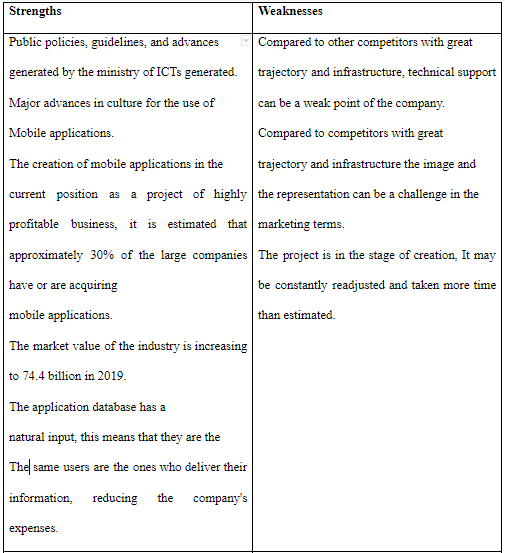 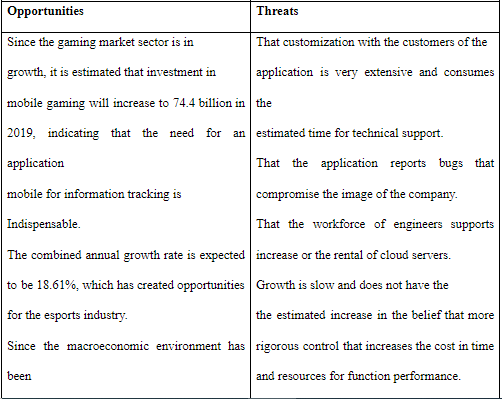 PESTEL analysis has been carried out, in order to broaden the knowledge about the sector of the gaming applications.

Two possible political cases are proposed. The first of these is considered the continuity of the current policies. In the second case, it is considered a change of policies and regulations in eSport and gaming industry.

Whether the current policies changes or does not change, economic indicators will follow a pattern similar to the one they already had. Unlike other sectors such as the transport sector, the computer or application sector does not depend so much on the territory in which it is located. The main expenses that an application has once it is in operation, are the servers, the application maintenance and all types of tax payments, labor contracts and legal issues. Both servers and maintenance can be subcontracted to external countries to minimize expenses. That is the main reason why economic indicators will not change.

In the first case, there would still be a medium technological development, which is the one we have today. In the second case, this sector could be exploited by converting the national territory into a developed sector worldwide, as there is enough talent to create it (Schadler, Bernoff & Ask, 2014).

There is high consumption of servers and computer equipment. The increase in consumption increased considerably the proportion of gases (dioxide of Carbon, sulfur oxides, etc.) Especially in industrialized areas. This point will hardly affect to Spirited Games Pty Ltd since you won't need such large servers. New policies could give more importance to the energy sector and implement improvements and consumption standards required for companies.

Patents, institutions, and taxes would be upheld, this would generate a slow evolution. There would be an increase in SMEs, which is interesting to enhance the scope of applications. All products and services of Spirited Games Pty Ltd will be created within the corresponding legal scope.

Following table shows the positive and negative aspects of five forces in our business model. 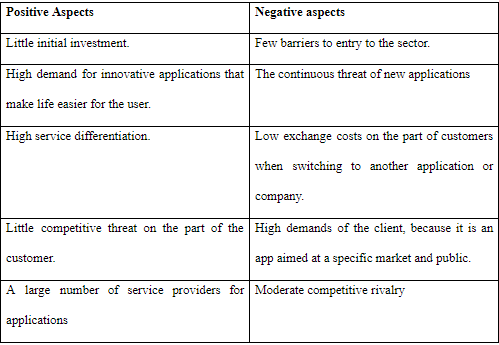 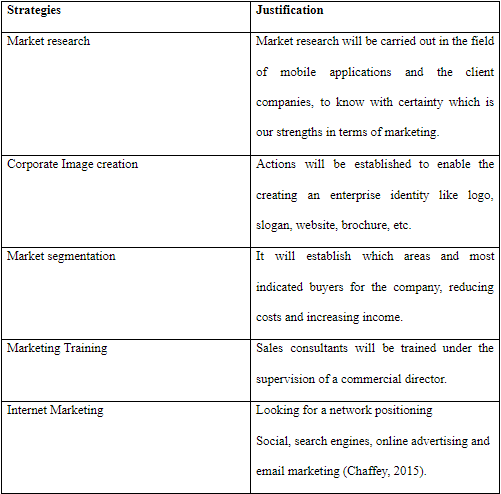 The company's facilities will be located in Wosto. To reduce the initial expenses, we will rent an office at a good price with all the resources needed to be an efficient company. These offices have all the services that a company may need.

Each workstation will have a laptop computer to be able to work from any environment and be able to perform demonstrations or work from different places to the office. The laptops for the company staff will have a minimum configuration of hard disk 1Tb, 8Gb of RAM, and a 2.5 GHz processor. In addition, it will be rented a file server so that the information can be stored and available for use in case of problems with the Internet service.

It will start with a small structure. This structure will consist of three main areas. Management systems and development under his charge will be a designer and a programmer contracted by the company, and part-time social media marketing team.

Maintenance of the application

To be able to perform good maintenance, it will be requested that the code of this is properly documented, in order to ensure a good follow-up of the app. If you make an easy code of interpreted and correctly documented it will be easy for any programmer to be able to continue to the project, whether or not you have worked in previous stages. The model will a certain logic, so you can add or unlink all types of modules without problems (Burns, 2016).

At start $10,300 would be incurred to purchase two Mac computers for the developers. One iPhone, android and windows systems are purchased for day to day operations.

From this exercise it was possible to put into practice the skills acquired to planning and administering, in that sense, the theory is taken to a practical level. It's important to mention that to bring this idea of business out. It requires more deepening in each of the sections of the business plan as well as the execution of some of the strategies. Specifically, it has found an advantage in the market of mobile applications. Given the current demand that is evident at the global level of a world mediated by the technological tools that provide people with many of their activities.