Descriptive studies are designed to provide information concerning the current status of a situation or a problem. They do not provide a definite answer nor does not disprove a hypothesis because they employ observational methods rather than quantitative methods of analysis.

The authors used the term “association” because there are various other factors that might differ and lead to different results. It therefore defines that higher levels of physical activity would decrease risks for later depression but does not hold constant in every case due to confounding variables.

Minimize the risk of selection Bias

The outcome is not known at the baseline during establishment of exposure status. The subjects of the comparison group

Subjects are known to be disease free at the beginning or at the baseline of the observation and it clearly depicts temporal sequence between exposure and outcome.

Studies less than one year are likely to have bias errors due to inadequate follow up in that there is no complete follow up and subjects are lost to follow up. Assessment of the follow up of the exposed and non-exposed cohorts might be insufficient and hence does some subjects are not accounted for. The follow up rate might be too low or its description is unclear (Schuch et. al., 2018.

Recall bias has been used differently by the authors the results from the analysis showed that physical activity decreased the risk of developing depression while actually in recall bias, participants are systematically more or less likely to recall and relate information regarding their outcome dependent on exposure to physical activities.

The error bias goes towards the null. The research analysis involved use of odds ratio, adjusted odds ratio and risk ratio and so exposure status is incorrect for people with depressive symptoms and for participants without depression. 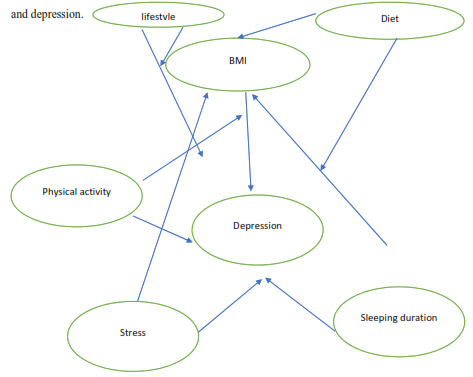 Loss of follow up is likely to cause selection bias. The studies considered for this research required to have had at least one year follow up. At the enrolment selection bias will not occur because the outcome has not yet occurred. However, it can be difficult to track participants when the observation period is long thus loss of follow up and hence introduction of selection bias on both exposure status and outcome status.

Baseline information which was used in by the studies to facilitate tracking of the subjects. This information includes phone numbers, emails addresses and physical addresses.

The systematic review protocol was not registered

There is PRISMA Flow diagram in the online data supplement.

Based on figure 1. Forest Plot of Studies Examining the Association Between Physical Activity and Incident Depression, odds ratio is reasonably consistent.

Heterogeneity measure in this research involved calculating waiting sum of squared differences between pooled effects across studies and individual studies with the weights being obtained from pooled data. A random effects meta-analysis was carried out since research involved various studies hence a significant and substantial heterogeneity ( Schuch et. al., 2018. 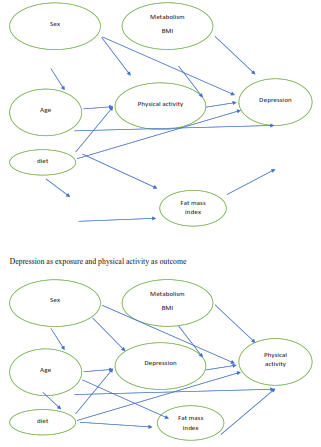 Measuring physical activity through self-report may be affected by the factors such as mood, cognitive and states biases that are related to the mental health and therefore it makes it difficult to conclude if the assessment reports are true or they are just subject to errors of common liability. Self –report measures needs to be validated by results from objective measures (Choi et. al., 2019).

Inclusion and exclusion criteria was set for selecting relevant data for the review process. The study evaluated participants of all who were free from depressive symptoms at baseline. The study adopted a prospective design with at least one year. Physical activity was evaluated by use of self-report questionnaire while incident depression was measured by depression screening instruments. Where the data was not available, respective authors were conducted for the data to be included in the meta-analysis (Schuch et. al., 2018). This generalization process ensured enhanced validity, reliability and likelihood that analysis can apply to both similar and dissimilar groups.

Chekroud, A. M. (2019). A Mendelian Randomization Approach for Assessing the Relationship Between Physical Activity and Depression. JAMA psychiatry, 76(4), 361-362.

Remember, at the center of any academic work, lies clarity and evidence. Should you need further assistance, do look up to our Epidemiology Assignment Help