The issue of cultural stereotypes is an integral part of Indian society. Over the years Indian films have played a vital role and contributed heavily to perpetuating stereotypes. Cultural stereotypes are essentially ideas and beliefs of a large group of people about another group (usually marginalized groups) based on how they are perceived on the outside. Stereotyping is a style of prejudice that is held against a person or group of people (Marriam, n.d.).

Indian movies have been known to propagate and project gender stereotypes of the Indian society. This happens either through the action of the characters in the film through the words/lyrics of songs in a movie. Songs such as 'Fevikol se' downright objectify women and a woman's body and sexualizing it in a manner that not only propagates the Indian cultural stereotype of the ideal female body but also promotes it by celebrating it through a song. 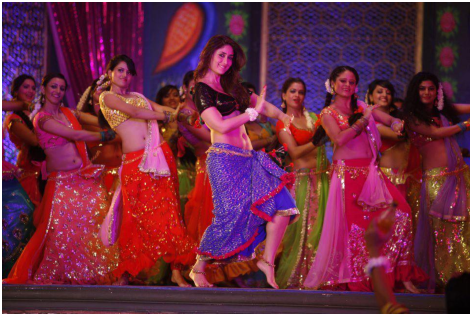 Additionally, the descriptive words used by characters in Indian films to describe other female characters are often along the lines of “wife of”, “daughter of”, “beautiful”, “delicate”, etc. whereas men are often associated with the terms strong, CEO, a secret wing of the Indian Army, etc. This kind of stereotype suggests that women are not more than their appearance whereas men are meant to hold powerful jobs and powerful positions (Bhattacharya, 2017).

Indian films also do not just project gender stereotypes but also a stereotype that the Indian society at large mostly holds against Non-Resident Indians (NRIs). NRI's in Indian films are often projected as those who had left their Indian roots and have completely been brainwashed and westernized (Maheshwari, 2017). This can be seen in the famous Dil Wale Dulhaniya Le Jayenge (DDLJ) wherein Raj and his father are the quintessential NRI family which bonds over drinks and has open conversations about relationships, etc. Meanwhile back in India, it is seen in Simran’s (played by Kajol) family how the stereotypical Indian family is run by the father who is a strict man and is known to pose restrictions on his children and his wife and is completely unapproachable. 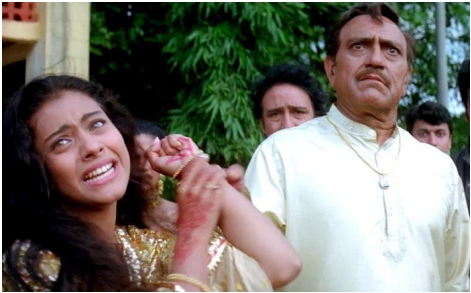 There has, however, been a gradual shift in the narrative of Indian films. Off late, the Bollywood industry is releasing a lot more powerful and meaningful movies that aim to change stereotypes and get the audience thinking. Movies such as Mardaani 2, Ki &Ka, Pink, etc. portray powerful women in powerful positions, women who are not willing to keep mum when wrong is being done, in Ki &Ka, the audience is also served with a changed perspective of a working wife and a house-husband. Movies such as Piku also change cultural stereotypes where it is the girl that looks after her father in his old age instead of the son.

Maheshwari, L. (2017). Hollywood often stereotypes India – but films made in India can paint a clichéd portrait of the West, and of Indian emigrants too, writes LayaMaheshwari. Retrieved from https://www.bbc.com/culture/article/20170922-how-bollywood-stereotypes-the-west?referer=https%3A%2F%2Fwww.google.com%2F Marriam Weber. (n.d.).Stereotype. Retrieved from https://www.merriam-webster.com/dictionary/stereotype

Remember, at the center of any academic work, lies clarity and evidence. Should you need further assistance, do look up to our Media Assignment Help