Answer 1. Functions of liver which get effected in case of laceration are:

1. Liver secretes bile for effectively metabolizing the fat/cholesterol in the gall bladder. Wound caused due to laceration will damage the cells of the liver and cause sudden decrease in the production of bile and hamper the process of metabolism.

2. Liver is the detoxifying organ of the body. It filters the toxins produced in the gut and reached liver via hepatic portal vein. Liver flushed out the toxins and sends the pure or the oxygenated blood, filtering all the toxins back into the hepatic portal artery. If laceration of the liver causes damage to any of these two portals of blood supply, Jamie will have high chances of developing hepatitis due to the backlog of toxins in the liver. It may also cause increased hepatic portal pressure.

4. Breakdown of medications will not take place in the liver.

5. Injury to the liver may lead to inability to store glycogen and carry out glycogenesis, causing deficiency of ATP and less production of energy in the body. (Martin & Friedman, 2017)

Sinus tachycardia is defined as abnormal and increased rate of heart beat characterized by more than 100 beats per minute (normal value of heart rate is 40-60 beats per minute). It occurs due to increase activity of sinoatrial or the SA node which are known to initiate the electrical impulses in the heart. In some cases, people develop sinus tachycardia such as during heavy exercise, anxiety, and is a common sign and symptom of heart arrythmias. In case of Jamie, it is likely that the sinus tachycardia is a result of right hemopneumothorax caused by the motor vehicle accident instead of any other underlying cardiomyopathy (Chen et al., 2016).

Normal control of heart rate: It is also described as sinus tachycardia due to the sino- atrial node which acts as a natural pace maker of the body. It conducts electrical signals which propel the heart to beat by sending depolarization wave across the right and left ventricle via the Bachmann’s bundle and to the atrioventricular node or the AV node which is located at the center of the atriums and the ventricles. This pathway is called the internodal tracts. It is interesting to note the depolarization activity at SA node occurs naturally.

There is a small delay in the contraction of the articles and ventricles is 0.1 seconds so that there is movement of the blood in the right direction. This way the heart beats in a coordinated manner. Each contraction of ventricles denotes 1 heartbeat.

From the AV node the signal travels to the Bundle of His which lies between the right and left ventricles and are supplied by left bundle which further break into left posterior and left anterior fascicle of the Bundle of His and right Bundle of His supplying the left and the right ventricles respectively. Furthermore, they divide into the Purkinje fibers which involves all the muscles of the heart (Ara, 2019). 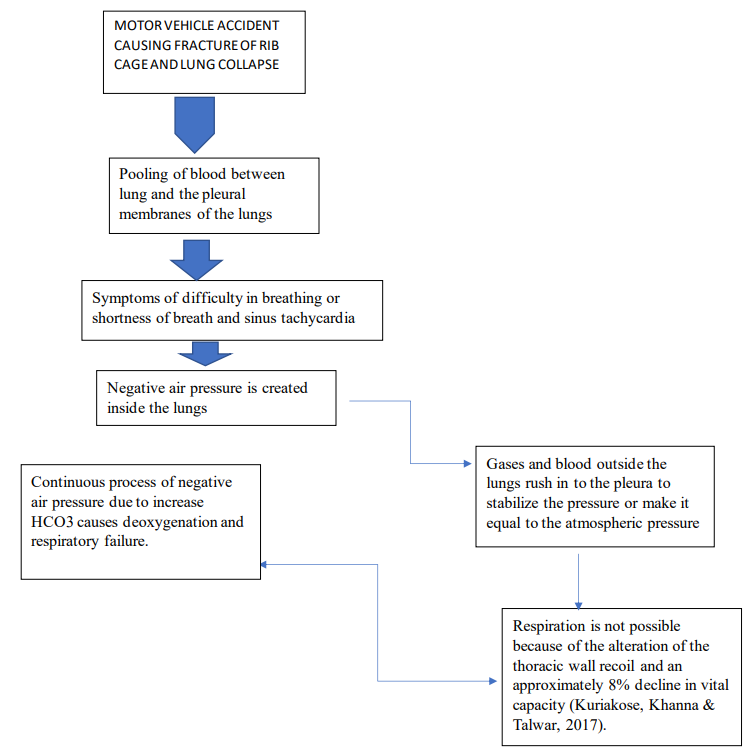 Answer 4. Functions of the kidney are as follows:

1. It maintains the acid-base balance in the body as they are able to excrete hydrogen ions in to the urine and ensure re-absorption of bicarbonate as required by the body.

2. Removal of toxins from the body. Blood passes through the kidneys several times in 24 hours of the day. Kidneys filters the blood and removes all the waste in the form of urine. In this way they also help in maintaining electrolyte balance in the body (Hahn et al., 2016)

3. Controlling blood pressure: by maintaining water balance in the body, the kidneys help in restoration of optimal blood pressure level in the body. This is done by the RAS (Renal Angiotensin System). (Stevens et al., 2006; Toyoda et al., 2016)

4. Metabolization of Vitamin D. This occurs as kidneys are able to synthesize the naturally consumed Vit D into a form which is consumable by the body.

5. Maintaining water balance: kidneys adjust the concentration of urine output depending on the water intake of an individual. This is caused by hormone ADH (antidiuretic hormone) which aids in water retention in case of dehydration. (Orlandi et al., 2018)

Explanation of Hematuria. The most common cause of hematuria is infection. It is likely that Jamie is having infection due to damage to his liver. Another possibility for hematuria in case of Jamie is that he suffered contusion on his kidneys which probably has injured the kidney and led to an internal bleed. Blood Check up for infection as well as MRI of kidney will help to rule out the actual cause of Hematuria in Jamie’s case.