Social media is designed as an internet-based facility and allows the user quick access to content via the internet. In modern culture and technological climate, almost everyone uses some social medium. According to Guesalaga (2019), the popularity of social media across all ages requires more attention to the impacts of social medium on humans. The endless flow of communication and connectivity by social media is affecting the way we take up information. The usage of the internet and communication has changed with the beginning of Instagram, Facebook, and so on. There is an opportunity to create multiple profiles on Facebook. This can help an individual form a unique identity. Most of the time, the various profiles on social media are related to the true self of the individual.

The article “your Facebook profile can predict your job performance” by Sanburn Josh include different researches that show the efficacy of Facebook website in the prediction of the performance of potential or present employees. The article states that it does not take more than ten minutes to predict someone’s personality based on a profile on social media. Research published in the journal of applied social psychology states that Facebook profile is an accurate measure of one’s personality and performance. In the study, the university lecturer and two students were required to expend ten minutes going in the course of the Facebook profile of working students of the college. Then, they were required to fill out a series of questionnaires linked to personality traits such as if the students were emotionally stable or dependable. 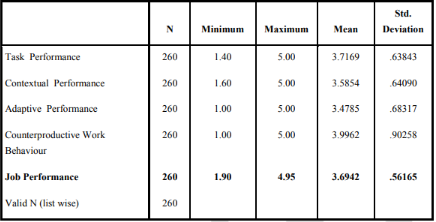 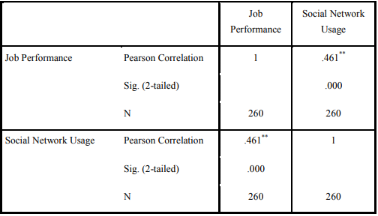 Regression analysis is used for this research; the “R square” results show that the independent variable in the regression model shows 21.2 percent of overall changes in job performance. This is because of social media usage.

The implications of this article are related to the efficacy of the personality tests used by companies and their human resource mechanisms in determining the potential performance of workers. It is an important point to note why companies tend to use traditional personality tests to gauge employees’ possible performance if they can use Facebook medium and able to assess worker in just ten minutes by going through their profiles. Moreover, employees can differentiate between good and poor workers based on their personality factors as depicted by Facebook profile. It is mentioned in the business article “your Facebook profile can predict your future performance” that lot employers have shifted to modern means of measuring the potential performance of workers such as social media and Facebook. About seventy percent of selections and HR staff have been turned down once negative information about them was found on Facebook.

Interestingly, the article does not include any information related to the kind of material posted on Facebook media that can be offensive for employers. There are positive personality traits demonstrated on Facebook that can be appealing for employers. Some activities do not affect job evaluations, such as posting pictures when outing with friends. Such figures show that the worker is socially adaptable and friendly. Despite users of social media or Facebook in the prediction of employee performance, there are no legal grounds that allow an employer to use Facebook as a perfect medium to gauge workers performance. There has been a rise in the use of social networking sites to gauge job seekers. At times, companies hire external firms to keep a check on social media background of potential employees. These companies can offer information based on a Facebook profile that is legally valid.

There are recommendations for job seekers to follow while employers are mostly using social media channels to gauge their potential performance. Job seekers should make their profile in such a way that can be appealing to potential employers. This does not mean that people always show themselves as studying in solitude; instead, they should be in healthy activities and show their constructive personality through Facebook. The self-identity of people is continuously under check because there is a tendency to compare one’s self with others. Some people have a negative self-image, and they change themselves entirely according to social media ideals.

Psychological and physical abilities and identities are fabricated to become more desirable. This sort of negativity should be avoided. Because social media triggers the reward system of the brain, social media users should be careful about the rule of social media on the mind. Social media affect decision-making and emotional functions of the brain. A significant reason why people post on social media is that according to Maslow’s hierarchy of needs, they want to fulfil their belongingness and esteem needs. It is suggested that some people addict to social media sited because they fear exclusion and low self-esteem.

Guesalaga, R. (2019). The use of social media in sales: Individual and organizational antecedents, and the role of customer engagement in social media. Industrial Marketing Management , 54 (1), 71-79.

Sanbuen, J. (2012). Your Facebook Profile Can Predict Your Job Performance. Retrieved from https://business.time.com/2012/02/22/your-facebook-profile-can-predict-your-job-performance/

Remember, at the center of any academic work, lies clarity and evidence. Should you need further assistance, do look up to our Organisational Psychology Assignment Help